During his final-year project at Mer Forte, Antoine participated in the construction of François Gabart's (IMOCA, MACIF) 60-foot racing vessel. He also worked on developing a rigid sail prototype for catamarans with movable flaps that allow the sail to fill with wind or be trimmed when there are high winds. 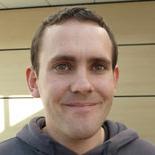 Mer Forte is an engineering company created by Michel Desjoyaux which is proud to have contributed to François Gabart's Vendée Globe victory. Mer Forte teams were involved in the project from its outset and worked closely with the skipper and naval architects from VPLP Design to create a 60-foot monohull equipped with all the latest cutting-edge technologies.

In Port-la-Forêt, a new generation of engineers from ENSTA Bretagne, Arts et Métiers in Paris and the University of Southampton worked together to produce the deck design. These engineers and designers are experts in calculation and design software and develop custom solutions for world-class competitive sailing. Michel Desjoyaux, with his Mer Agitée sailing team and his Mer Forte designers, has been quietly working for several months on prototypes for rigid sails, testing them on small F18 racing catamarans.

Antoine was responsible for the latter part of the project. After a short stint at Globe Surfer, where he worked on the Cheminées Poujoulat-sponsored 60-foot boat, he went to work for naval architect Benjamin Muyl.

He participated in the METHA project, developing a tool to analyze and enhance sailboat performance. The project was supported by French industry clusters Mer Bretagne Atlantique and EMC2.